You are here: Home1 / Artists2 / Mona and a Pair of Panties Jesse Kase : New Painting 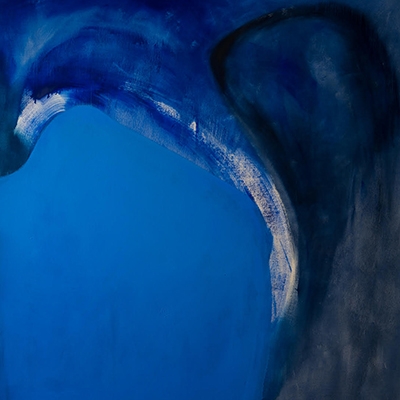 MONA AND A PAIR OF PANTIES
JESSE KASE : NEW PAINTING

Mona And A Pair of Panties is a cheeky and innocent reference to Leonardo Da Vinci’s Mona Lisa (1503) – in this case, embroidered on a pair of socks, one of which had gone missing along with a pair of underwear, thus resulting in the title of this exhibition. Teasing such threads from art history, New York artist Jesse Kase hints at re-addressing a patriarchal past from a female perspective. Suddenly the trivial becomes important.

Kase’s current work explores re-imagining a place, a moment in time, a state of being while in a relationship, using colours as memory triggers. Hues become enveloping moods, vegetation and flowers encoded Victorian messages from one lover to another, morphed shapes of naked bodies merge into domestic landscapes.

When asked of first memories of a piece of art that may have had a profound effect on her, the painter confesses that from a very young age she was a romantic through and through. Frequent visits to the Met with her mother, taking in all the grand, larger than life renaissance paintings, and an image of Jean-Honoré Fragonard’s The Swing (Les Hasards heureux de l’escarpolette, 1767) are strong, early memories of what marked the artist’s choice to pursue a career in painting.

As we discuss art school and transitional / formation periods, more names of some of her influences crop up: Louise Bourgeois, Marlene Dumas, Lucian Freud, Francis Bacon, Peter Doig, Richard Diebenkorn, Chaim Soutine, Henri Matisse to name but a few.  The overtness of Bourgeois, ghostly mystery of Dumas, meatiness and juicy fleshiness of paint in Freud, the uncomfortable yet perfect spacing and positioning of figures in a Bacon canvas, Diebenkorn’s dirty greys and blues, Doig’s multi-layered, airy, carefully considered compositions, Soutine’s violent, bloody mark-making and Matisse’s rendering of organic shapes, the female body shape and hips in particular. One can immediately detect a refined sensitivity and keen, sharp eye for detail and nuance.

Observing and borrowing technique from other artists leads the conversation to brushes (brushwork), gesture, physical expressive movement, rhythm and ultimately music. Music sometimes dictates the speed and cadence of the brushwork, especially that of Bjork, one of her favourite artists. She is very specific about the type of texture she wants to achieve with her brushwork and her gestures at times span the entirety of the canvas (We Wander Between the Towering and the Bottomless, 2014; Mighty Swell, 2017). She describes how a single brushstroke encompasses the full radius of her arms fully extended, and how the paintings thus become bodily, echoing sweeping movements, like a dance. The size of the canvas plays an important role — the paintings are larger than the viewer, imparting the same swallowing effect that open nature often has on the body.

Kase mixes memory and archive, resonance and record. Her early work, was primarily concerned with her connection to, and love for the places and landscapes of her childhood, with a sense of home ever-present. Her work describes the feeling of a landscape (being, inhabiting the landscape) — the emotional attachment to, nostalgia for, and memory of a place, rather than the geographic or geologic specificity of a precise location.

The paintings in this exhibition explore tenderness, love and intimacy, attesting to the female hold, willing participation and agency. Kase’s work speaks to a confident contemporary feminism and unapologetic assertion of sexuality. Intimate moments are cherished and immortalized in paint. In the words of Outkast, another musical artist that she admires, “Love rules supreme.” 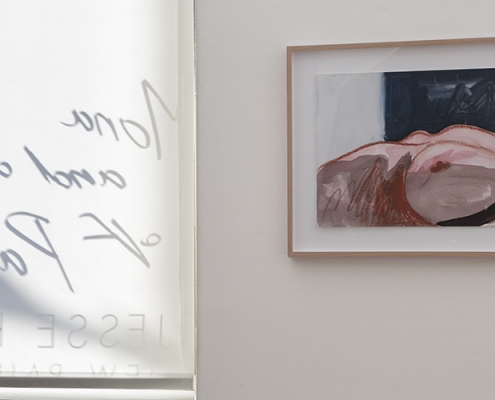 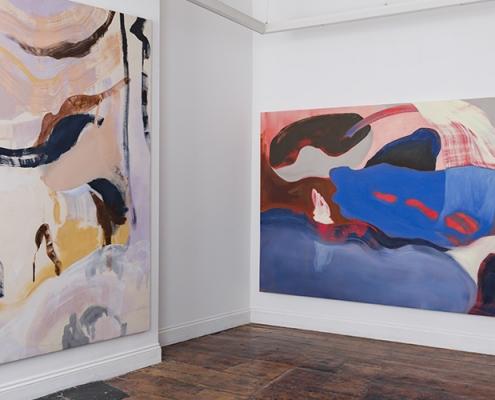 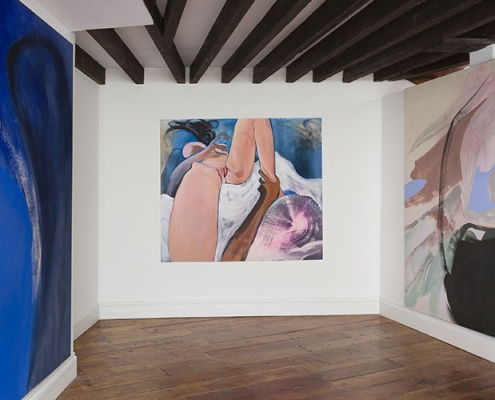 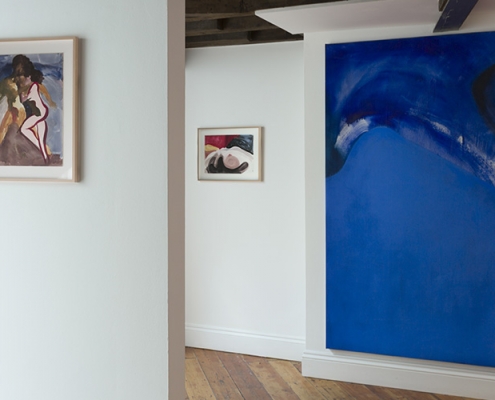