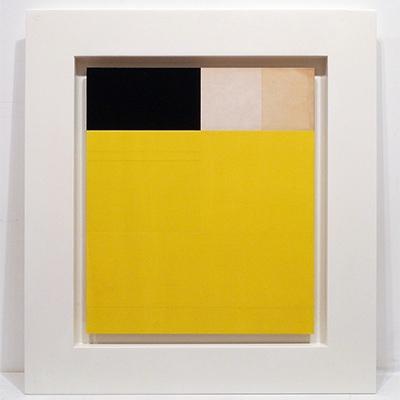 Artist Robert Kelly’s (b.1956) work sits within the broad tradition of Constructivism drawing strands of inspiration from the Dutch Piet Mondrian, part of the De Stijl movement, the Russian Suprematist Kazimir Malevich, and the Bauhaus artists and teachers, forming what we could call the first great generation of Constructivism. Equally important are the artists who have gravitated – some nearer and some further away – around the Constructivist nucleus: the Romanian sculptor Constantin Brancuși, the Uruguayan painter Joaquin Torres-Garcia, the American sculptor Alexander Calder, in addition to Tony Smith, Ellsworth Kelly and Myron Stout; the German Modernists, Kurt Schwitters and Hans Arp, and, the contemporary Blinky Palermo.

Having recently featured in a group exhibition at Frameless, London : The Humble Black Line – exhibition inspired by the last 11 years of organising and curating exhibitions, during which, a lot of the young and established artists we have showcased and worked with have claimed as inspiration the line, techniques, style and draughtsmanship of older 20th century masters, from Malevich to Picasso and Lowry to Mondrian – together with Roberto Kelly, we decided to expand on the idea of “line borrowing” and curate a solo booth featuring the artist’s latest works for the first time at Untitled Miami Beach.

From the 1990s, and with an already solid artistic output, Kelly came across and drew closer to the work of some of our most important Constructivist and Neo- Concrete artists, notably Sergio Camargo, Lygia Clark and Hélio Oiticica. Despite having come into contact with them relatively late, the influence of the Brazilian artists is present in the convergence of the processes of the creation of forms. Kelly says: “I don’t want to paint something; I want to let a painting become itself”.

Sometimes the process becomes visible in the way in which the forms of an earlier work give birth to new ones. The forms derive meaning from their mode of coming to be in the world, as works of art. “I don’t so much want to remember myself in the painting,” Kelly states, “as I want the painting to assume its own authority.”

Palos Quemados, the latest series of works which Kelly initially started in 2014 comprises a series of 4 large minimal black straight line canvases (ink on rice paper mounted on canvas) and a selection of smaller pieces on masonite, canvas and paper. Together they give an insight into the artist’s pure processes, historical references, line (art historical, mannerist/gestural and accidental) and the wider context – Santa Fe with its vast nature expanse, depth and heritage (the artist’s birth place). 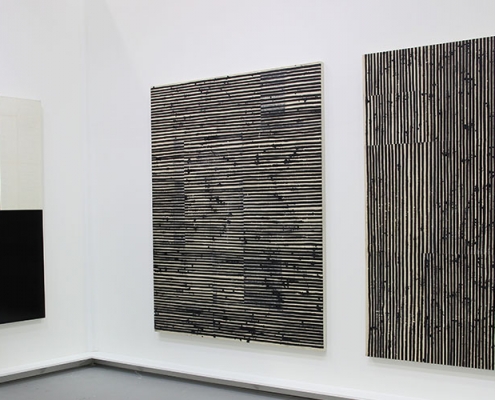 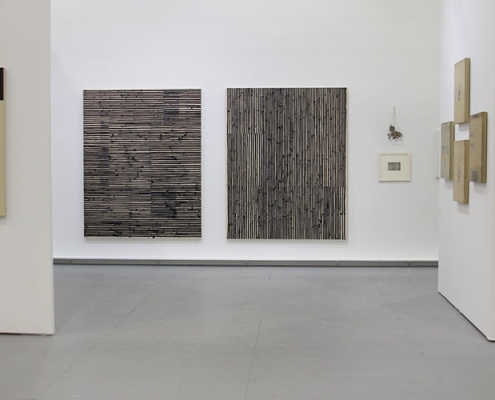 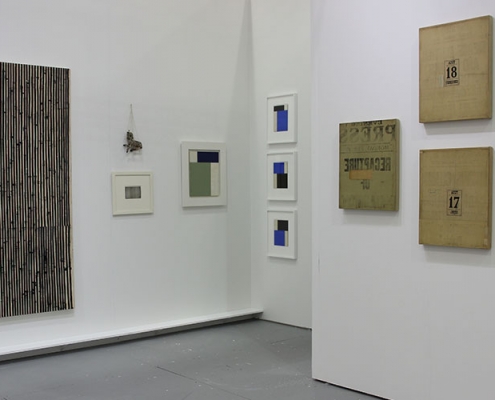 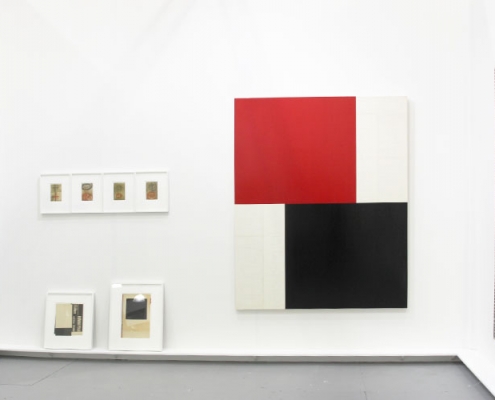 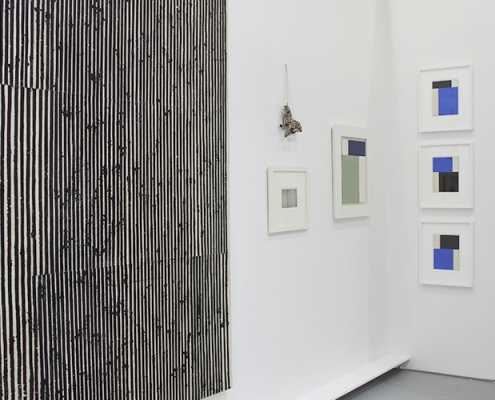 Mona and a Pair of Panties Jesse Kase : New Painting